Home / What is Concrete Foam Jacking? 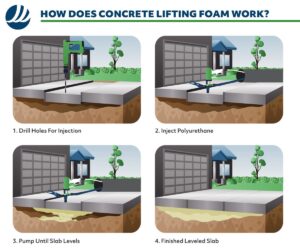 Why Do Concrete Slabs Become Uneven?

Concrete slabs can become uneven due to erosion under the slab, which causes the soil to move around. Voids form, and then the slab sinks into them and becomes uneven.

Concrete slabs can also become uneven due to invasive tree roots pushing up on the slab from below. We’ve probably all seen examples of this, especially on sidewalks.

Slabs can also become uneven due to simple wear and tear. As pedestrians and vehicles use the slab, it gets compressed into the ground and eventually becomes unlevel.

What Is Concrete Foam Jacking?

What’s The Difference Between Foam Jacking and Mudjacking?

Both mudjacking and foam jacking are techniques used to lift and relevel uneven concrete slabs like sidewalks, driveways, patios, and pool decks. Mudjacking, the older method, uses a slurry containing cement, sand, and other material. In contrast, concrete foam jacking uses a rapidly expanding synthetic foam to lift and level the slab. The foam fills the voids under the slab and compresses the soil.

The holes used in mudjacking to inject the cement slurry under the slab are roughly the size of a quarter. The holes used in foam jacking are dime-sized. However, when the repair is complete, both are patched using a compound that matches the color of the concrete.

Foam jacking is more expensive than mudjacking. However, it’s a faster repair that lasts longer because it uses a synthetic material that won’t erode to lift the slab. Therefore, you’ll be able to go longer without needing another repair.

Why Foam Jacking Is Better Than Mudjacking?

While mudjacking is less expensive, that doesn’t mean it’s better or the preferred solution. In our opinion, concrete foam jacking is better than mudjacking for the following reasons:

Why Do Some Say Mudjacking is Better Than Foam Jacking?

You’ll also hear some argue that the foam used in foam jacking is toxic. While it’s true that one element of the foam is slightly toxic by itself, when it’s mixed with the other element, it’s rendered harmless. The foam that comes out of the nozzle is already mixed and safe for both humans and animals.

Finally, there’s the argument that mudjacking is a longer-lasting solution. This isn’t true. As we mentioned above, the slurry used in mudjacking is subject to erosion. The synthetic foam used in concrete foam jacking isn’t.

How Much Does Foam Jacking Cost?

Concrete foam jacking costs more than mudjacking. However, it costs less than digging up and replacing the concrete – about 40% less, to be exact. So, it’s a significant saving over pouring a new slab.

Of course, the cost of concrete foam jacking will depend on where you live and the size of the area that needs lifting. The more foam used, the higher the price.

The only way to know how much it will cost to fix any uneven slab is to contact a foundation repair contractor near you that does concrete leveling and ask for an inspection and repair estimate.

If you have an uneven concrete slab and are in our service area in Kansas City, MO, contact us today, and we’ll come out for an inspection and estimate.

Back To Blog
Prev
Next 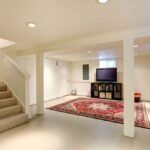 Is A Vapor Barrier for Concrete Block Walls A Good Basement Waterproofing Solution? 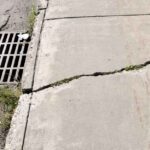 Raising A Concrete Slab With Foam 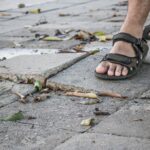 Get one for free.

We stand behind everything we do.

Dig deeper and see how KC Waterproofing and Foundation Repair in Kansas City, MO can help you.